Why You Could be Losing Water Pressure in the Shower 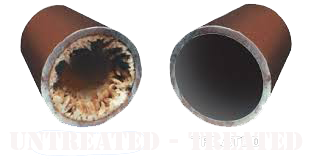 There are several reasons why a shower might be losing water pressure, which range from relatively simple to fix to somewhat more complicated. Homeowners can typically troubleshoot their shower for the easier problems, but they may need assistance in order to handle the more complex ones. Luckily, losing water pressure in the shower generally isn’t a situation that requires an emergency plumber.

Cleaning the shower head isn’t too difficult, and if it cannot be adequately cleaned, replacement shower heads are cheap and readily available. The most common reason that shower heads get clogged is a buildup of mineral scale from hard water. These hard water deposits must be scrubbed or dissolved away by using a commercial cleaner such as CLR or a half-strength solution of white vinegar. Plastic shower heads may not tolerate these treatments, so they should be used carefully.

Faucet spout diverters are usually simpler to replace than to repair. The tub faucet will need to be matched with a new one that will fit into the space it leaves behind. Once the replacement item is in hand, the actual process of switching out the faucets should only take a few minutes for an experienced plumber.

There is a secondary type of diverter that is mounted in the wall. It can be the cause of low shower pressure, as well. This piece can also be replaced fairly easily by a plumber, though it does take a little more pre-planning. Typically, the water to the entire house will need to be temporarily shut off by the stopcock  in order to replace this part.

For the adventurous, either of these parts can be replaced by removing them and taking the item to a hardware store to find an exact replacement. Faucet replacements do not require a lot of plumbing knowledge, but they do require some elbow grease. An in-wall diverter may be best left to the professionals unless the homeowner wants to put in a fair amount of researching time. Calling a regular plumber in the first place is a lot cheaper than calling an emergency plumber after something goes wrong.

There are additional parts in some shower systems, such as mixing valves for the hot and cold water that may also cause low water pressure. These pieces should be serviced by a licensed plumber. If the low water pressure problem is not only in the shower but also in the rest of the house, there may be a completely different root cause.

The Bolton Shower was invented by a Plumber in Bolton who had the idea about all the different types of low water pressure.