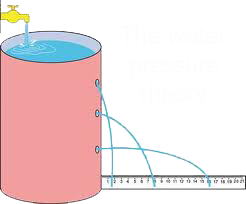 Some people may think that high water pressure is something good, but a home having too much water pressure can lead to expensive and annoying damage. Excessive water pressure is a major cause of pipe damage, leaks and wasted water. Signs of problems induced by water pressure include leaks appearing only intermittently within the home like at night, and occasionally running toilets when no one is using them.

Municipal water suppliers are the most common cause of high water pressure, when they set the pressure to meet their needs such as the delivery of water to fire hydrants or tall buildings. Such water pressure is in most cases above 100 psi, while the recommended pressure for residential buildings should not exceed 80 psi. As much as the damaged caused by excessive water pressure can be fixed immediately by an emergency plumber, homeowners should know dangers posed by it so that they can take measures to prevent it beforehand. Below are some of the risks associated with high water pressure.

Wasting of Water
If the average home could operate at the maximum recommended water pressure, the homeowner would save between 30 000 and 40 000 gallons of water annually. The lower the amount of water pressure, the less the water that flows out of taps, showers, and other home water outlets. The reduction of pressure within residential houses from 100 psi to the recommended pressure will lead to a lot of saving, as at such a pressure, one third less pressure would flow. Such a waste can be quite costly since it would be incorporated in water bills.

Water Hammer
Water hammer is that banging noise that occurs when water that had been flowing at a very high speed is stopped abruptly. The flow of water is usually uneven when under excessive pressure. When the water meets something unexpected, such as a valve, the banging noise that is water hammer occurs which can be quite annoying, especially at night. Since water is a dynamic fluid containing mass, it has a hammer effect when stopped abruptly, greatly increasing its force over that of the static pressure. Just like when a hammer exerts force when it suddenly stops on top of a nail, the water hammer force may break pipe joints or cause valves to leak. This can be avoided by normal water pressure, whereby the water will flow evenly and properly.

Damage to Household Plumbing
Water travelling at an excessive pressure consistently through pipes can cause damage to the pipes. High water pressure can lead to pipes eroding or leaking, while also causing other plumbing equipment such as faucets, toilets and washing machines to leak. The leaks can be repaired by an emergency plumber, but the life expectancy of the plumbing will definitely be shorter for all household plumbing if the pressure of the water flowing in them is too high. Additionally, the water hammer effect discussed above can also cause damage to the plumbing. The leaks that are likely to occur due to damaged pipes as a result of excessive water pressure also lead to water wastage, incurring more costs.