What is the F9 Fault Code on the Glow Worm Boiler

Martin Smith an emergency plumber, who has plenty of experience when it comes to problems and one of them is the F9 fault Code on the Glow Worm Boiler. Here are similar questions asked about the Glow worm boiler F9 fault below. 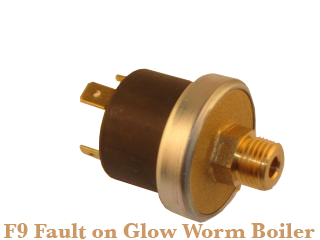 If your a general customer looking for the answers on the F9 fault Code on the Glow Worm Boiler then I’m going to after before careful in what I say such as “this is how to fix”. So what we are going to explain are situation what other engineers have found with the F9 fault Code.

If your thinking what do you mean more than one problem. A diagnosis may only pick up some faults but not all and may be tricky to find. Fixing one fault may also help to diagnose a fault that could not be picked up in the first place but in all honesty the best thing to do is to call Glow Worm and ask for them to send an engineer out who deals with these problems due to the diagnostic tools that may be required.

Im not saying not to use the local emergency plumber stroke gas engineer but what I am saying is to choose the best option and if its the middle of the night or a time where you unable to get a Glow Worm engineer then the Gas Safe emergency plumber may be the only option. The is normally about a 50% chance that it may be-able to be fix there and then but if this is not the case, at least there has been a full/partial diagnosis done.

When writing this article, the very last job that was done when checking up a F9 fault on the Glow Worm boiler was diagnosed as changing the pump but at the same time there was a warning that the extractor may be at fault that was linked to the air flow. The pump was replace then the hot water started to work again. Once the pump was fixed then there was still a fault with the central heating and the fan was making a little noise. Once the extract fan was replaced including a clear out of hoses then the boiler was working fine. Many thanks to the engineer who attended this job.

If you have any further experience with the F9 Glow Worm boiler fault finding codes then we would like to hear about them to give experience to the next person reading this article.