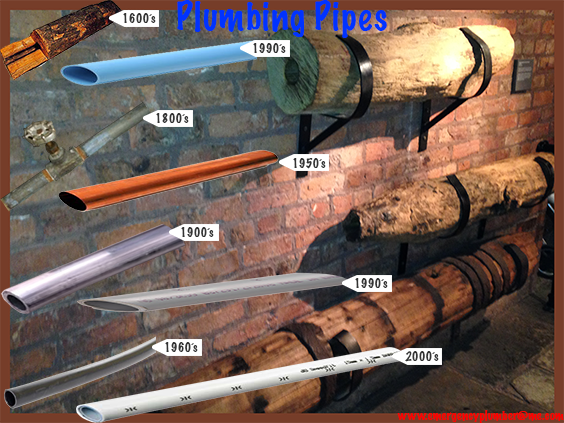 In the early days of plumbing, a plumber use to work with lead mostly. Lead was great for cutting and the running of water, but it was also good for roofing and other jobs involving lead. As the plumber evolved and so did other materials such as Galvanised Steel Pipe, Lead Pipe as we know it today, Black MDPE, but then replaced by Blue MDPE to identify, what the plumbing pipe was used for.

Right through the 1900’s plumbing pipes was rather straight forward and all was required was the skill of soldering pipework. Every toilet, every bath and all basins, were very basic and the skill for plumbing was pretty straight forward. In the late 1990’s plumbing pipes to baths, basins and toilets started to get a little more difficult and to some plumbers it was found too hard to carry on and was left to those plumbers who like to take on the more difficult plumbing jobs. Today it will take a plumber about 2 years to qualify as a plumber with at least some plumbing experience. The difference between today’s plumbing pipes and yesterday’s plumbing is that you have to read more instructions more often and is always best left to experience plumbers. With the internet about and so much information, if you want to become a really good plumber, you have to have a massive interest for the way plumbing pipes have evolved as where it may be in the next 50-years time. By continuing to follow our articles, you will be able to keep up to date with he latest technology in plumbing pipes and always remember your history. If you have any interesting facts about the plumbing pipes history, then please let us know by sending us an email, so that we can make any future changes.