What is the best shower head 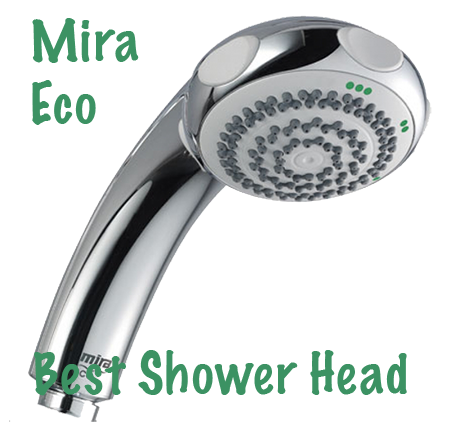 Buying the best shower head is not all about looks or the speed the water comes out but is all about the effectiveness of the wash and the money you will save when taking a shower. As the more we are populated within the united kingdom the more we struggle to get water to our homes explains Martin Smith a well know plumber. In this article we will mention about the smart looking best shower heads and the showers that have a lot of water coming out but most of all we will talk about those showers that are well advanced in technology, saving us water when we take a shower.

Information on the best shower head

Just below we mention all common questions and we also answer them.

Who makes the best shower head

The company who make the best shower head is Mira and have continued to dominate showers for over the past 10 years. The only company we believe to get close enough to them is Bristan and Triton.

If you have a Triton, Gainsborough, Bristan or any other type of shower, as long as the shower head has been done to British standard then the Mira Shower head can be used as a replacement.

It is believed that the amount in some case the best shower head will save you can be at about 70%. This is because there are so many shower heads out there that are so un-economical. It’s not about the water pressure that passes the shower head but the jets that have extensive research and so much innovation put in to the work to make sure that Mira stay in front of there competition.

How can I maintain my shower head

Before you throw away the grime shower head, it may be a good idea to clean it up unless the shower head is so inconvenient to use. If your shower head builds up with scale, it may be an idea to buy the best scale device and fit it to the incoming mains water stopcock.

To buy the best shower head, you will need to spend about £30 plus and this depends where you are buying it from as some companies charge more than other. If we were to give an recommendations then we would say to search online.

If you have just spent a lot of money on a smart looking shower and have a smart shower head to go with it then be ready to spend a lot more money on your water bill as in most case this can have an effect in the amount of water you may use. The reason for the extra water cost is due to most expensive shower heads are bigger in size and is not designed to save you on your water.

Where can I buy the best shower head

If you are looking to buy the Mira Eco, then the easiest place may be BQ, if your able to be a little patient then if may be a good idea to search online.

If you are a customer/occupant that is reading this article and want further advice then feel free to give us a call. We can recommend a plumber to come out and fit you your new shower head.

If your a plumber and would like to register as a recommended plumbing engineer then please send us a email at emergencyplumber@me.com