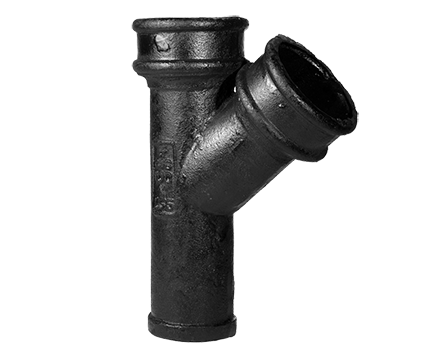 Cast Iron is a pipe, which as far we know came about in the fourteenth century and is still about today. To keep cast iron in circulation it is still on sale with some manufactures. In today society if you have a home that was built after the 1970’s then you will most definitely have no cast iron pipe unless there is a specific reason for this. The most likely place you are going to see cast iron is in the commercial plumbing industry, schools and large mansions, which are old. With the cast iron on the outside of the house, you can find a lot of chast iron used for soil stacks as long as they have not been replaced within the last 40 years. Just below we answer the most asked question when it comes to cast iron pipes before you decide to call around some emergency plumbers. 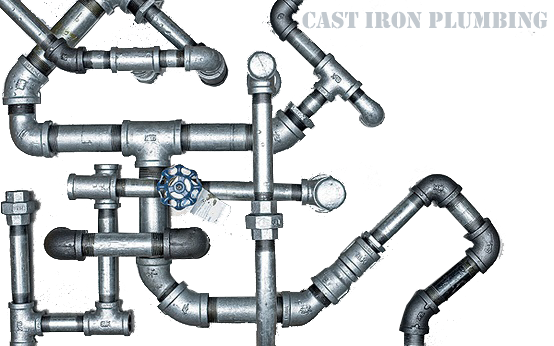 What is the outta size of cast iron pipe?

Some people seem to think that cast iron pipe is a standard pipe resulting in them worrying and calling emergency plumbers to take over such a complicated job but if you was to look deep enough in to this, then you will probably find that the sizes you are looking for is the outta diameter which is measured at 122mm or maybe a 0.092mm under depending on the thickness of the paint.

If you have water leaking from a cast iron pipe, rather than calling emergency plumbers, the best thing to do is to turn off the mains water stopcock, then drain the water down until there is no more leak then wait until a more convenient time when the material will become more available. If you are unsure about how to drain down then there will be no choice but to call an emergency plumber.

How do you cut a cast iron pipe?

To cut a cast iron pipe it can take time and allot of effort. If you are looking for a rough estimate on how long it would take to cut a cast iron pipe then the answer to this would be about 20-minute per inch but only if you have decent blades and enough strength. To every 2 inches of pipe you may need a new blade depending on the quality of the blade you already have. This may be able to be made easier if you have a machine cutting blade, rather than doing this manually. Cutting cast Iron is also seen as one of the worse jobs for emergency plumbers.

Buying cast iron pipe is not as easy as it use to be 50 years or more ago, but if you understand the type of place you can buy this from, then you could call around. Try to find the best information for who is selling this product at the time. If you are searching online then maybe you could look up ‘Drainage Online’ or search for building yards and giving them a call to see who is stocking them.

How do you repair a cast iron pipe?

To repair a cast iron pipe it may not be as simple as plumbing is today, but first thing, you will need to drain down either the central heating, water mains storage, turn the water stopcock off or if this is soil based, then just start cutting straight in to it, but remember not to use any waste at all. In most cases you will need special fitting to repair the cast iron pipe, but it is very important to make sure the cast iron surrounding is fully clean before putting back. From here you will also need PTFE and the correct waste when it comes to the thread.

What tools are required for a cast iron pipe?

When fitting or repairing cast iron pipe then it always a good idea to have a good pair of wrenches available, pipe threading kit and a chain vice. In most cases today as the cast iron is getting very few and between then the chances of finding emergency plumbers with these tools are also slowing down. A very reputable emergency plumber will still have these tools available.

How much does it cost to buy a cast iron pipe?

Cast iron pipe can be found to be very expensive, which is due to the amount made in quantity in this country. As this is no longer essential in day to day life, it use to be where the market was competitive, then the cost for cast iron pipe can be kept as a higher price. The average fitting today will cost you about £12 to £40 each and £20 per meter of cast iron pipe.

How long does it take to cut a cast iron pipe?

Martin Ison, one of the experienced emergency plumbers explains about cast iron pipe, “it can normally take about 30-minutes per 1 inch of pipe that is being cut away as long as the blade in question is new. This can be done quicker if using an electric hacksaw rather than a new one but unfortunately the electric hacksaw is not classed as a standard plumbers tool”.

Can cast iron pipe be converted to plastic?

When replacing cast iron with plastic, a special fitting is required which in most cases, should be at the builders yard. All that is required is the outta size of the pipe to get the correct fitting.

Why do people not have cast iron pipe anymore?

People don’t have cast iron pipes anymore due to the cost and the labour involved. Repairing cast iron is possibly one of the worse jobs for emergency plumbers when on a call out, where the average emergency can easily go from 20-minutes to 2 to 3-hours. As soon as the plastic industry was discovered in the 1970’s then it was a big relieve for the plumbing industry and a welcome to a new revolution in plumbing.