Is the cost of British Gas going to rise in 2014

Is the cost of British Gas going to rise in 2014 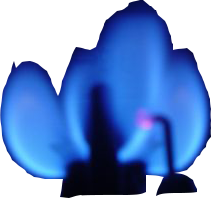 News on British Gas – If you’ve been near a television or a radio this week, you’ll have probably already heard about the huge profits British Gas recorded in 2012. A news story which many people would have found difficult to swallow given the price rises imposed on customers by the energy company at the end of last year.

British Gas’s parent company, Centrica, have recorded a surge in profits over the last year. British Gas itself reporting a profit of £606 million, this was despite a fall in customer accounts.

All the ‘big six’ energy companies raised prices around the end of last year, with British Gas imposing a rise of 6 per cent for both gas and electricity. While the rises from British Gas seemed steep and were well above the rate of inflation, customers of some of the other big five energy companies fared less well, with EDF energy, for example:

With the wholesale price for gas and electricity still rising there seems to be no end in sight to the increasing energy bills households now face across the UK. And while the government is offering a range of incentives to help some homeowners insulate their homes and replace inefficient boilers. The only way some people are coping is by not using their central heating at all, even when it’s freezing outside.

While people might be able to save money by not turning their heating on and trying to make their homes more energy efficient, it’s the problems which may occur if customers try to cut corners to reduce monthly expenditure which may be detrimental to the heating system and even their health.

Regular boiler servicing is a critical part of central heating maintenance. But it should always be done by a registered Gas Safe Engineer and not a regular emergency plumber. Some newer boilers may display a fault code when the service is due. The code on the Boiler reminds the homeowner that checks need to be done, but this is quite a new development and most older boilers will not give any indication whatsoever that they need to be checked.

Faulty boilers can release carbon monoxide (CO) fumes which can be deadly. While an audible carbon monoxide alarm can alert a homeowner to these fumes. It’s still important that appliances are fitted properly and regularly maintained to keep your family safe. And it’s not just gas-fired boilers that can pose a risk. Any device which burns oil or solid fuel such as coal, wood or petrol can produce carbon monoxide, so oil-fired boilers, ovens and fires can also be affected.

Because carbon monoxide is a colourless, tasteless and odourless gas it can be difficult to recognise. So it’s vitally important that boilers and other appliances are serviced regularly to reduce the risk.

So while the energy companies are still putting up their prices and the government is kicking its heels helping homeowners who are struggling with these price increases, more emphasis needs to be placed on the other energy costs a homeowners may have to face, such as boiler maintenance and repair. It’s just not acceptable for homeowners to compromise on these things to try to save money.