Boiler sales in decline and will the Green Deal help to increase sales?

The answer is here about the decline of the Boiler sales in the UK and will this effect the job of the Emergency Plumber. Here are some questions asked below. 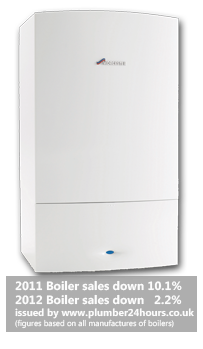 Boiler Sales down in the year of 2012

Why are boiler sales down and will the green deal help to increase sales?

What is the prediction for the weather in 2013?

Who do I contact for a green deal advisor on my Boiler?

The reason Boiler sales are down is due to a warmer year. In the year 2010 which is known as the coldest year on record, it was found that sales were at there highest. This is because the average Boiler was found to be used 20% more than usual. This is also known as the year the emergency plumber was at the most busy period.

Is the Green Deal set to help the plumbing industry and help increase the Boiler sales?

With the plumbing industry down where it comes to the amount of Boilers sold these last couple of years, the sales of the Boiler is set to rise. With the latest green deal upon us there has been given some incentives to increase the amount of Boilers that are sold. To help the general public buy these Boilers then the green deal package is helping those customer to be given the chance to request cash back. This will help the home owner to get rid of there grade F/G Boiler and replace it with a more efficient Boiler which is better on the carbon emissions that go in to our atmosphere.

Who do I contact for a green deal advisor on my Boiler?

When requiring a new Boiler through the green deal, then it will not be advised to contact an emergency plumber or any type of plumber. Our advice would be to search round for a good green deal advisor. Try up to 3 green deal advisor before you settle with just one but we must recommend until you get the ok then you MUST NOT sign anything until you have been accepted as this could cost you money in the long term.